The EnergyVille TIMES-Be model has been updated and extensively reviewed by industry sector federations and companies. As such, the model consists of detailed sector representations, current production processes and technology options to reach net-zero emissions by 2050.

For each sector, we have identified the following options where technically possible, with the most recent costs and efficiency estimates towards 2050:

The reference system for industrial processes 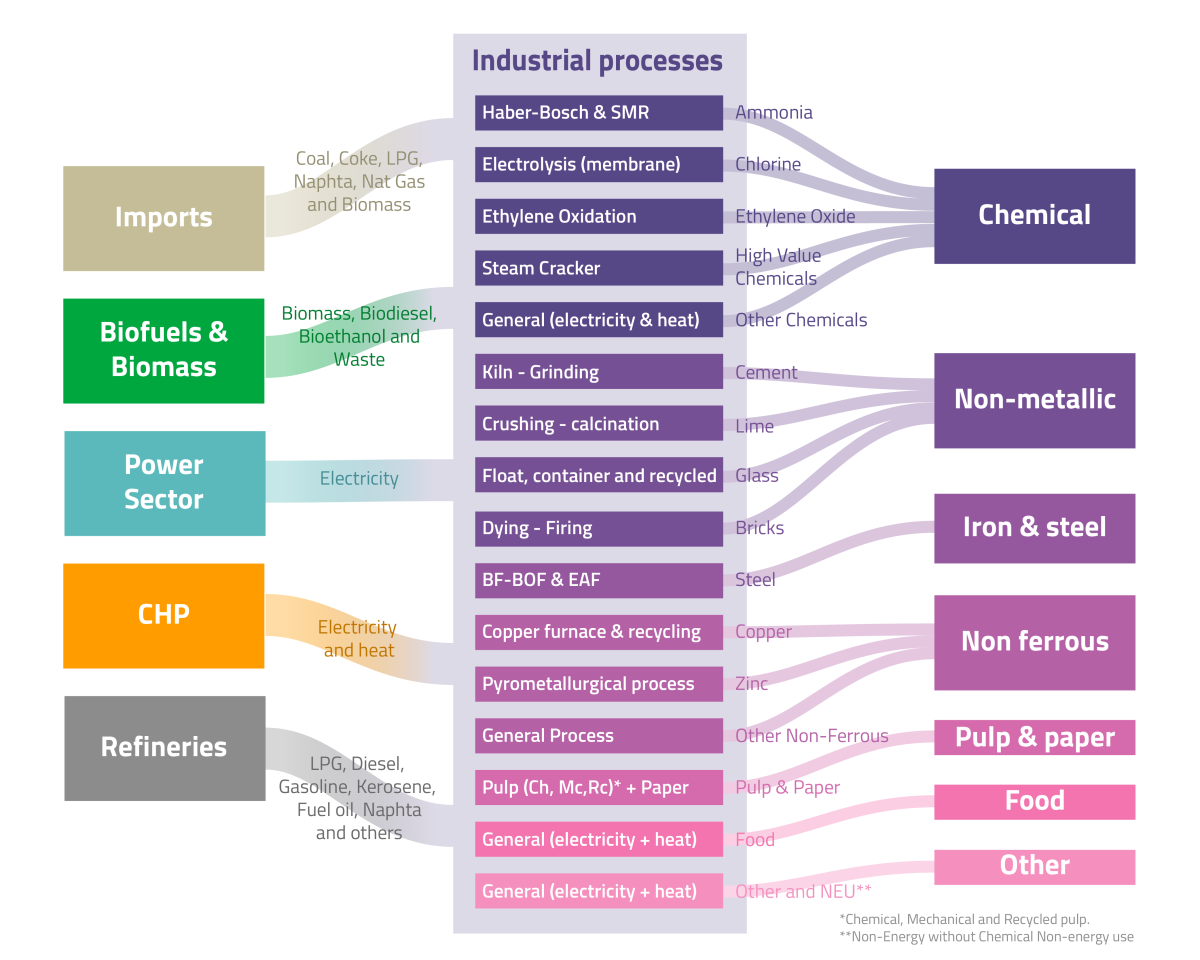 In this study, it is assumed that the industrial production levels in Belgium remain constant in all three scenarios. In other words, assessing the risk of industries moving to other parts of the world with more potential for abundant renewable energy production, is not part of this study.

Although the industrial production levels remain constant, the final energy use and mix does change drastically. Fossil fuels remain dominant at least until 2030, with CO2 capture surfacing as the largest means of emission reduction. From 2040 onwards, electrification of processes is crucial. However, compared to other sectors, electrification does not lead to large energy efficiency improvements in the industry. Heat pumps for low temperature heating and electric mobility realise very high efficiency gains – more than a factor 3 compared to the existing fossil technology. High temperature electric processes in the industry – such as electrification of furnaces – do not lead to such large efficiency gains. Electricity demand as input for decentralised electrolysers to produce hydrogen, is reported as electricity.

The role of clean molecules heavily depends on the import price and differs depending on the scenario considered.
For more information on how clean molecules are produced  and represented in the TIMES Be model, have a look at the Hydrogen Sector Results page.

Now let's take a look
at the Residential & Commercial sector